After comedian Robin Williams died in 2014, it was discovered that his brain was "riddled with Lewy bodies."

What are Lewy bodies? Lewy bodies are normal alpha-synuclein proteins in the brain that become damaged and clump together, causing more damage.

What damages the proteins? Researchers believe it is a combination of genes and environment. Exposure to pesticides and petro-chemical toxins appears to increase the likelihood of a person developing a neurological disorder. The type of disorder may depend on the person's genes.

Depending on where the Lewy bodies are in the brain, a person can have any or all of the following pre-dementia disorders:

Lewy body dementia (LBD) is the umbrella term for two types of dementia:

LBD can also accompany other dementia's, especially these two:

Symptoms depend on where the Lewy bodies are in the brain. Even then, every person's experience will be unique. No two will have the same set of symptoms, although some are common symptoms to all Lewy body disorders:

Drug sensitivity is a symptom that appears more often as Lewy bodies increase. It causes certain drugs to act as an overdose. It can also make Lewy body-related symptoms worse instead of better. For more about this very serious symptom, click here.

Although treatment for all Lewy body disorders depends on the disorder and the symptoms, some drugs and most non-drug options are generally helpful. For more information on options and therapies, click here. 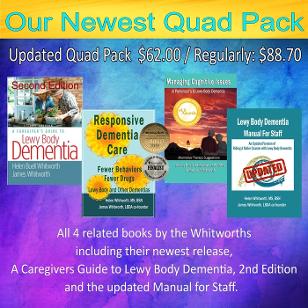 All books are written in the Whitworth's easy to read style, filled with well-supported facts and illustrated by personal examples.

Get all four Award Winning books written by The Whitworth's, two of the most knowledgeable laymen of Lewy Body Disorders (LBD).

Managing Cognitive Issues in Parkinson's & Lewy Body Dementia provides an overview of symptoms that can go  into LBD and information on how to deal with them.

A Caregiver's Guide to Lewy Body Dementia is the first caregiver-oriented book to provide a thorough picture of the disease and is FREE with the purchase of this special. 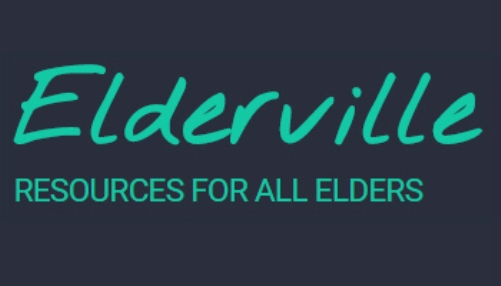